Bryce hit the genetic lottery when he was born.  He was a strapping farm boy with long tussled brown hair, bright blue eyes, and a lean, muscular physique.  His fine features and lush lips made him easily the most attractive man in his small town.

He was eager to make a living for himself outside of Wichita Falls. On Bryce’s 21st birthday, he packed his belongings and headed for Brooklyn, NY. He dreamed of living in a creative city where he could be part of the art scene.

Bryce was able to find a great old brownstone apartment in Greenpoint. He shared it with a new super-hot roommate, Stephanos. Stephanos was a bouncer at a gay club. “Steph” as he was called, was an imposing Greek god of a man. His strict protein diet and relentless CrossFit workouts ensured that his body was as impressive as his dark, chiseled face and perfectly quaffed hair.

Bryce settled into the brownstone easily. His bedroom was next to Steph’s. Steph had a longtime boyfriend, Demetri, who was easily as attractive as he was. In fact, the two of them looked almost comically alike. Are they Clones? Bryce chuckled to himself when he first met the two men.

Steph only saw his boyfriend on the weekend, and the two men weren’t quiet about concealing their passions when they were together. Not only did they loudly moan when having sex, but the bed unapologetically pounded against the wall Bryce slept next to at night.

It was the second week living in the apartment when Bryce learned that the small alley that separated his building from the one next door had a strategically placed window across the way. One night, Bryce got up to close his blinds and he realized that the inside of Steph’s bedroom could easily be seen in the reflection of his neighbor’s window.

At first, Bryce thought a casual peek out the window during Steph’s marathon sex-capades were innocent enough. Steph certainly wasn’t shy about the noise he was making. Bryce needed to see what was happening to warrant that kind of banging and moaning that was being broadcasted through the walls.

Weekend after weekend, Bryce would sneak a peek in the window across the way at Steph and Demetri. The two lovers seemed to be in a competition for who could be better in bed. Bryce was impressed with what he saw and found it ridiculously hot.

Steph never drew the blinds nor turned the lights off. The two men obviously enjoyed the view of each other’s ripped, perfect bodies, and Bryce had to admit that he did too.

During the weekdays Bryce and Steph would hang out with each other. The two roomies discovered that they both had similar tastes in art, music, and movies. It wasn’t long before the two men became best friends.

Bryce found himself less and less interested in dating the guys in the neighborhood. Rather than going out, Steph’s company was all he desired.

He also found watching Steph and his boyfriend together less appealing. He became jealous of someone other than him being with Steph.

Bryce was troubled by the decision of what to do about this dilemma. Should he continue to live in an apartment where he was secretly in love with his roommate? Or should he move out and free himself from this painful, platonic relationship and find someone else to give his heart to? One thing was clear, the pain of Steph not being his was starting to become unbearable.

Bryce knew what the right thing to do was. As much as he hated the idea, he had to leave.

He and Steph had been roommates for almost a year now. His lease on the apartment was due and it was time to renew or terminate it.

Steph arrived home early this particular weekend and was carrying an assortment of things to prepare for a special evening. Flowers, candles, and a bottle of expensive wine made it clear that Steph had something exceptional in store for his lover this evening.

Bryce swallowed hard and attempted to be casual, “Big night tonight? Special occasion?” Bryce planned to casually tell Steph that he wasn’t going to renew his lease and be leaving at the end of the month.

Steph smiled and answered, “Oh yeah, I’m planning something extraordinary for this weekend”. He continued without missing a beat. “Might as well tell you now, I thought I’d pop the question.” Bryce’s heart sank. He instantly felt nauseous and dizzy. He’s going to propose to his boyfriend this evening? Crap!

Steph continued excitedly, “Now I’ve got to think about what we’ll do with your room once you’re out of it.”

Bryce was speechless. He forced a fake smile and without a word made haste to his bedroom and dropped to his bed. What was he thinking? He should have known better than to fall for someone in a relationship! Silly country boy! I can’t face Steph again let alone listen to another night of lovemaking! Once he’s safely in his bedroom, I’ll just slip out. I can’t bear another second in this damn apartment!

Bryce didn’t want to think about what was next for him. Maybe I’ll just go back home? Brooklyn is more than I could handle!

The hours passed. It grew later and later and Bryce didn’t hear any of the familiar sounds from the room next door. Just soft, easy sweet music through the walls but no voices. Certainly, no moaning or banging of the headboard.

Bryce opened his blinds. Just a quick peek into Steph’s room to see what’s going on in there.

Through the reflection, clear as day Steph was on his bed, candles lit, music playing. He was laying there alone wearing worn jeans and a tee-shirt Bryce brought him from Wichita Falls.

God that man is looking fine, he’s exactly what I’ve always dreamed of while growing up on the farm. His boyfriend has no idea how lucky he is – As a matter of fact, where is his boyfriend?

Bryce snapped out of his fantasy by the clear and obvious reflection of Steph waving to him from his bedroom. Is he waving AT ME? Can STEPH SEE ME LOOKING AT HIM? He snapped the blinds closed. OH MY GOD how embarrassing! Probably just my mind playing tricks on me!

He parted the blinds once more and gave a quick glance through the slot.  Steph giggled as he again summoned him.

YUP! I’m so embarrassed. He saw me! Now I’m a peeping Tom! SHIT! What do I do? Bryce was paralyzed with embarrassment.

Through the paper-thin walls Steph called out, “Dude, what are you doing? Come here!”

It was obvious that he was caught. Busted. Time to own it. He took a deep breath and made his way to Steph’s room. The door was already open and the music was considerably louder. Candles burned. It smelled fragrant but masculine.

Steph’s deep, sexy voice boomed, “Ha, I thought you knew this whole time that I kept the blinds open for you to watch us!”

Steph laughed, “The fact that you were watching made me so hot.”

Bryce propped himself up against the door since his legs felt weak, time to change the subject, “Where’s Demetri? I thought tonight was the big night.”

Steph leaned back in his bed against his pillow looking even sexier than before. “It is a big night! It’s the night I was going to ask you to move out of your room.”

Bryce gulped, Ah, the matter of the lease.

“I could be out of my room by the first of the month,” Bryce assured.

Steph tilted his head like a confused puppy. “I’m not sure why you need to wait till the first of the month?”

Bryce took offense. “Well, I’m paid up until then! When did you want me out?”

Steph asserted, “I was thinking tonight.”

Steph laughed, “Yeah, I was hoping you’d sleep with me in my room tonight. Starting tomorrow, we’d start making your room the guest room for when your parents visit.”

Hold it what? Are you single now? Are you a couple? Bryce’s mind was now blown.

He turned red and laughed at his own foolishness.

“Actually, sure – tonight will be perfect to move into your bed, let’s start now!” He chuckled as he excitedly made his way towards Steph.

Once on the bed that he dreamt of laying on for the last year, desperate to be the one in Steph’s arms, he couldn’t help himself but ask, “So, you really were turned on by me watching you?”

Steph chuckled as he nodded, “I think that’s the only reason my relationship lasted as long as it did is because knowing you were watching me in the next room made it so hot.”

Bryce nestled himself under Steph’s muscular arm and whispered, “If me watching you from the next room turned you on, you’d better prepare yourself for what’s in store now that I’m in your bed.” 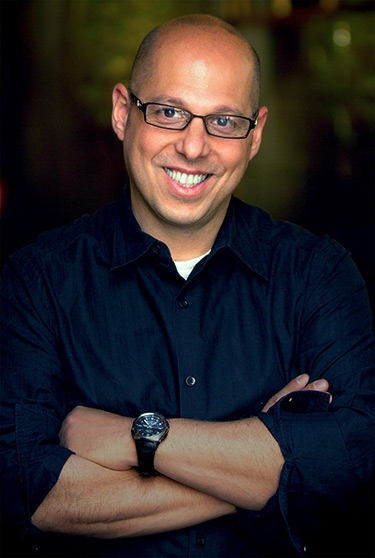