Hudson sat at his computer, putting the finishing touches on a video he was editing. He was a self-taught filmmaker and an aspiring director. He had moved to Los Angeles five years earlier to pursue a career as an actor. His thick sandy blonde hair and green eyes made him a striking and attractive man. Hudson had wholesome, midwestern good looks and an impressive, strong body from working on a farm. He was undoubtedly movie-star material. But, in a town like Hollywood, he was one in a thousand handsome, muscular men.

As Hudson prepared to upload his video online, his ex-boyfriend, Todd, burst in the door with the usual bravado that accompanied his entrances. “I found the most amazing yard sale in Beverly Hills today! I couldn’t help myself; I bought everything they’d sell me. Now, all the old stuff in this apartment’s gotta go!”

“Hang on a minute!” Hudson exclaimed, “There’s nothing wrong with this stuff. We bought all this together. Plus, where’d you get the money to buy all new things?”

Todd turned on the charm as he cozied up to Hudson, “Our décor is all old. I figured we’d split the cost. Listen, babe, trust me, it’s stunning furniture.”

Hudson quickly became agitated since trust was a luxury that Todd no longer could afford. He sharply replied, “I stopped being your ‘babe’ when I caught you cheating on me. Plus, I’m only living here until I find another place to go. I’m certainly not planning to sell my furniture or live here much longer.”

Todd’s tone instantly got defensive, “Well, it’s been six months since we broke up, and you’re still here. If you want to continue living here, I’m going to redecorate, and you need to pay for half of it.” Hudson was again reminded why he ended it with Todd, who was a narcissist and selfish to the core.

Hudson hated the fact that he was stuck living with his ex-boyfriend. Todd knew that he couldn’t afford his own apartment, and finding a new roommate would take a while.

Hudson suppressed his agitation and replied in a calm voice, “Can I at least see the stuff that you plan on buying? If I’m coming up with half the money, I’d like to know at least what I’m paying for.”

Todd knew he won the argument and was happily making a small concession so that he could get what he wanted. “Here’s the address to the yard sale. The gal who is selling the stuff’s name is Sarah. Just ask her to show you what I had put aside for me.”

Hudson knew his choices were limited. Best to see what Todd bought and how much this re-decoration was going to cost him. Maybe he could strike a better deal?

Hudson jumped into his old jeep and began following the GPS into the heart of Beverly Hills. The apartment buildings soon disappeared, being replaced by sprawling, beautiful homes. Luscious green lawns, palm tree-lined streets, and expensive cars became a common sight. Finally, he arrived at his destination.

Could this be the place? Hudson wondered as he pulled up to a magnificent house. He swallowed hard as he approached the door. These people were wealthy. Why would they be interested with the few measly dollars a garage sale would get them?

A mighty bang from the brass knockers on the door signaled that he was at the entrance.

Hudson was convinced that this magnificent house couldn’t possibly be selling things cheaply on the front lawn. Todd either gave him the wrong address, or he sent him on a wild goose chase just to mess with him.

The grand wooden door swung open, and rather than a flirty young woman as expected stood a ridiculously hot young man. Hudson needed to catch his breath. He had seen his share of gorgeous studs in Hollywood, but this guy was next-level gorgeous.

“Hi, Can I help you?” the smoldering stranger asked.  Hudson fought to regain his composure.

“Oh, I’m sorry. I’m at the wrong house. I was looking for someone named Sarah who was having a yard sale.”

“Ah, Sarah!” he replied. “She just left. She’s my best friend. She split right after the sale ended. I could probably help you.”

Hudson was confused but happy that he was in the right place. He explained, “My boyfriend, well, rather, my ex-boyfriend said he bought a bunch of stuff from her. I was hoping I could check it out before he picked it up.”

“Got it,” the sexy man at the door replied. “Come in. Let’s get this sorted out. My name’s, Banks. This is my place. I was the one having the sale.”

Hudson thought before he spoke. Banks? Like Banks Bridgeton, from the TV soap opera, “Fire and Desire?”

Banks escorted him into the house as he turned and asked, “Can I get you something? An iced tea, perhaps?”

Hudson politely declined as he cleared his throat, needing to ask the obvious question. “If this is your place, why was she having a garage sale? Especially in this neighborhood?”

Banks chuckled as he answered, “Sarah was just helping me with the sale. My publicist said it wasn’t a good idea for me to be seen having a sale on my front lawn. You know, someone comes by and takes pictures and Instagram’s me. Sometimes it gets weird when people think you’re famous and rich.”

Before he could finish his sentence, Hudson blurted out, “Think?! You ARE famous and rich!”

Banks laughed heartily, “I’m just a soap opera actor. The last few years have been good to me, but I’m far from rich… and famous.”

Hudson still wasn’t convinced as he continued, “Well, looking at this house, you’re certainly, not poor.” Pausing briefly, “Sorry about that … are you poor?” He now wondered as the words spilled out of his mouth.

Banks was enjoying the uninhibited conversation between them as he explained, “This isn’t my stuff. It’s my ex-boyfriend’s. The house is mine, but the furniture is his.” Banks suddenly stopped. His tone and demeanor were now somber and a bit sad. “We were together for a while, but recently I discovered that he was quite the player.” He continued, “I’ll put up with a lot, but I won’t tolerate being cheated on and lied to, which was exactly what he was doing.”

Hudson agreed loudly, “Amen to that! The same thing happened to me.”

Banks knew he was not alone in his heartache. “So, your boyfriend cheated on you too?” He inquired as he sat down on the oversized, plush couch, inviting Hudson to join him.

“Yup. I thought he was trustworthy and loyal, but three years later, I learned that he was sleeping with everyone but me.”

Bank’s large, sweet eyes expressed the pain he had been feeling for a while now but hadn’t discussed with anyone. “Yup, my heart was shattered. That’s why I told him to leave. He moved back to New York. This all belongs to him. I certainly don’t want it. I asked Sarah to help me get rid of it.”

Hudson bluntly stated, “Men. Can’t live with them, can’t bury them under the Azalea bush.” The two men chuckled as they both recognized the statement as a line from their favorite film.

They both stood there an impossibly long time, starring into each other’s eyes. They were feeling an unusual excitement between them. Finally, Hudson broke the silence.

“I should check out that furniture. I’d like to see what I’m supposed to be purchasing.”

Banks responded quickly, “Of course, let me show you around. I believe Sarah put all your stuff in the guest bedroom.”

As the two men made their way through the impressive home, Hudson couldn’t help but comment on the extraordinary pool just outside a pair of ornate French doors. “I’ve always wanted my own pool; it must be great to be able to go for a dip whenever you’d like and not have all the neighbors staring at you.”

Banks realized just how fortunate he was to have such a spectacular home. “Yes, I have to admit, I’m quite blessed to be able to have my own home.”

Hudson quickly realized why his ex-boyfriend was so excited earlier as they entered the spare room where all the sale items were temporarily stored. An impressive array of lamps, end tables, vases, and other assorted home décor filled the space.

He didn’t need to scrutinize the furniture too closely; based on the items in the collection; it was nothing short of fantastic.

“What do we owe you for all this stuff? My ex never mentioned what it would cost.”

Banks looked at the merchandise in the corner of the room and continued, “Well, he also wanted the bed… I can assure you that the price Sarah gave your ex will be quite different than the one I give you.”

Hudson blushed, “Very kind of you. I appreciate your generosity, but I don’t want to take advantage of your good nature.”

Banks quickly replied, “Please, this stuff all has memories associated with it that I’d rather forget. Especially that bed.”

Hudson admitted, “I understand what you mean. I caught my ex in my bed. I haven’t slept in it ever since.”

Banks knew precisely what he meant. He, too, was still upset from what had happened to him. “Yup. That bed has a lot of bad memories… However …”

Suddenly, Bank’s eyes twinkled in a way that surprised Hudson.

Temptingly, he leaned forward and whispered, “We could make new memories in it if you’d like?”

Hudson let out a nervous and excited laugh. Could it be this smoldering soap stud was seducing him?

Banks couldn’t help himself as he continued. There was something about Hudson that he felt remarkably refreshing, honest, and sexy. “Do you have anything planned for this evening… actually, now? I was just about to order dinner. I’d love the company if you’re available to join me?”

Hudson was surprised at the unexpected invitation but excited at the promise of getting to know this sexy man better. He replied with a shy smile, “Does dinner include a dip in that beautiful pool later?”

Banks wasted no time in answering, “Yup, but you must know that pool a has a very strict dress code.”

Hudson knew that Banks was full-on flirting with him, so he decided to tease back. “I have to warn you. I don’t have an extensive wardrobe.”

Banks winked as he replied, “That’s okay, the wardrobe is; no wardrobe. It’s more of an ‘undress’ code.”

Hudson couldn’t hold himself back any longer. Banks was way too hot not to take him up on his sexual advances. The two men grabbed the other passionately as they locked lips, falling backward on the bed together. Banks peeled off his shirt to reveal a sculpted, muscular chest with a light smattering of dark chest hairs. Hudson reciprocated as he opened his shirt and unfastened his pants.

Banks stated with a heavy breath as he too peeled off his jeans. “I have a feeling that I’m going to want to keep this bed after tonight, as well as the man that’s currently in it.”

That night the two men not only made wonderful new memories in that bed but also waited for dawn to arrive in the hot tub. Banks sold Hudson’s ex-boyfriend everything he requested from the sale but kept the bed… and Hudson for himself. 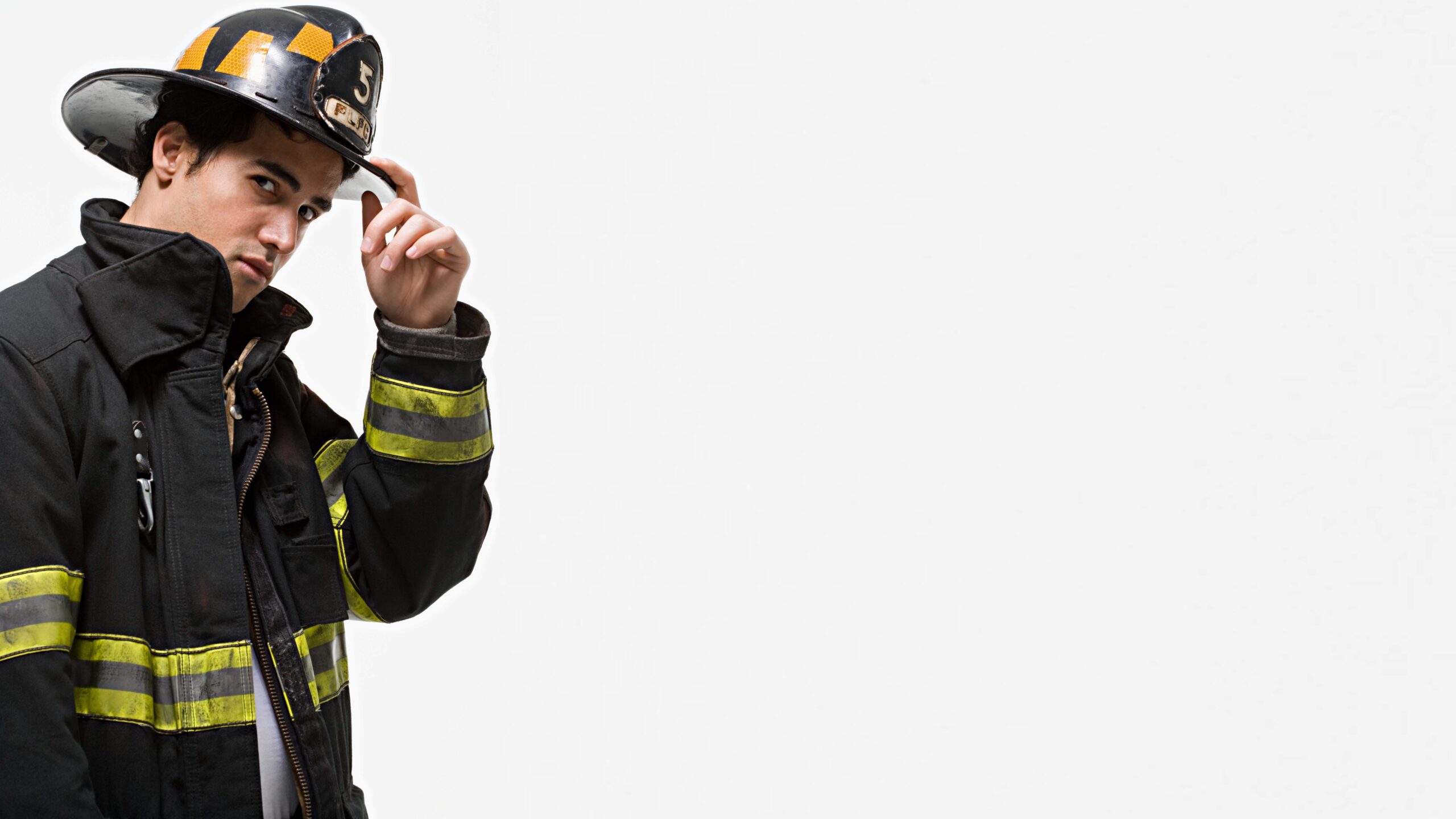 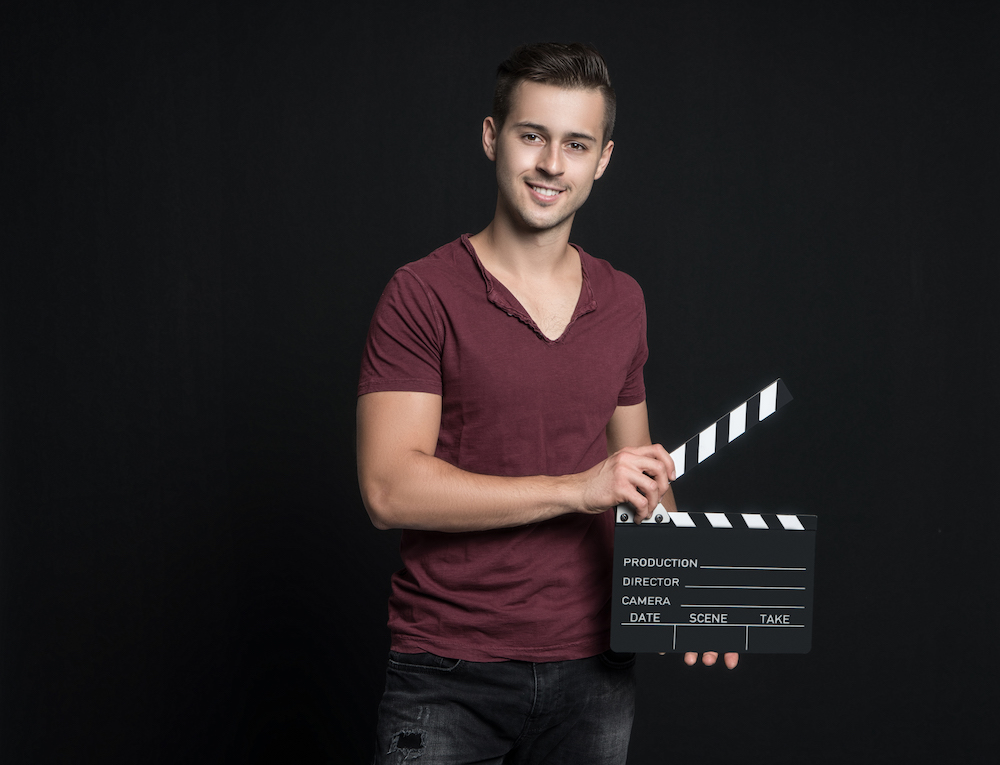 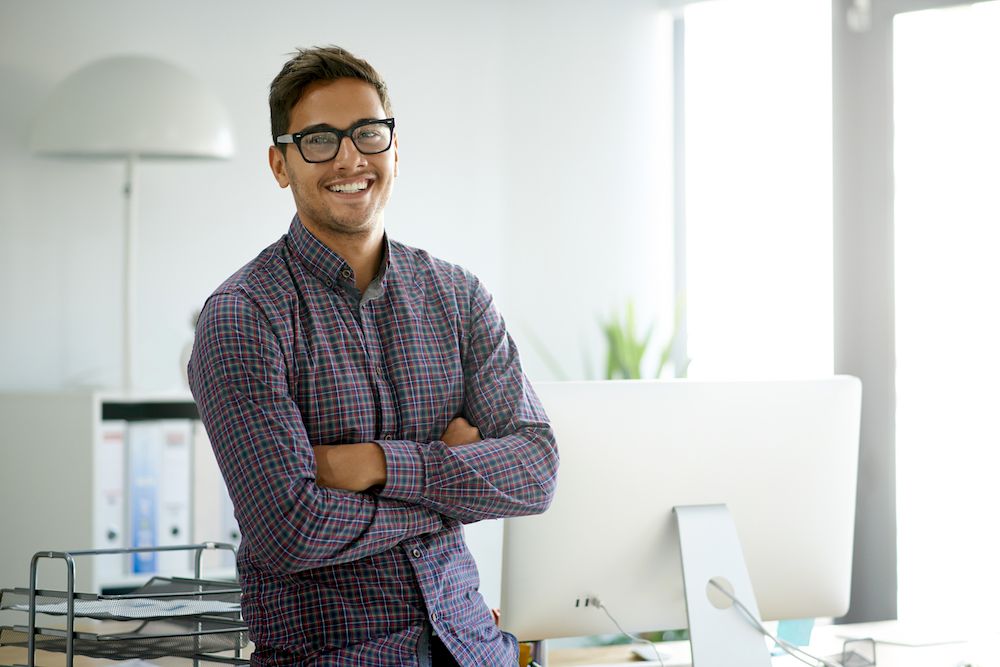 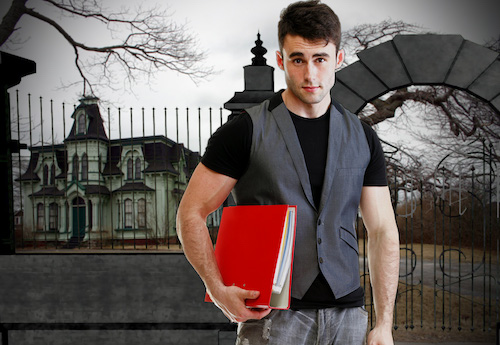